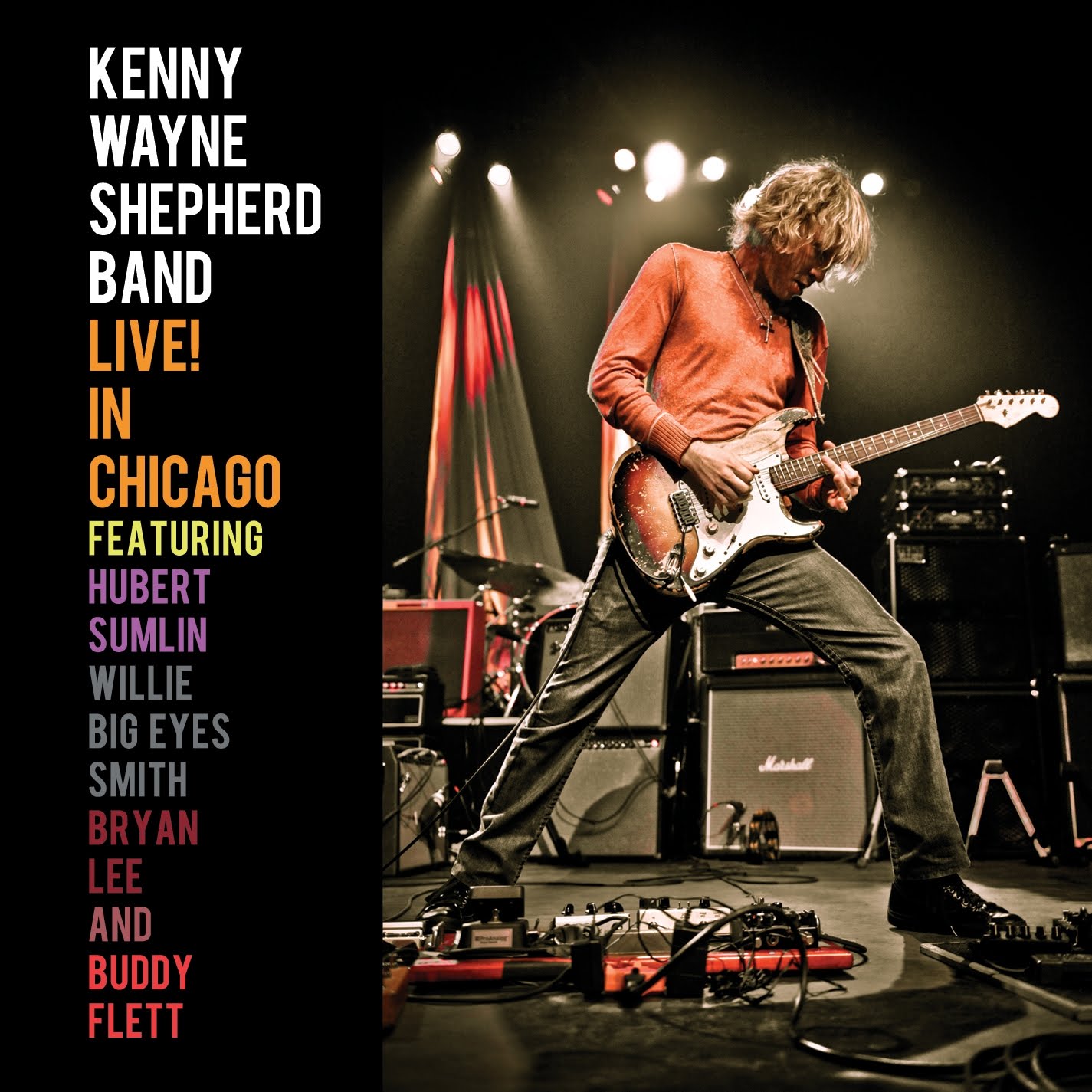 Life came full circle when Shepherd and his band assembled several generations worth of blues legends,at the House Of Blues in Chicago, captured for posterity on Live! In Chicago. The landmark concert was part of a nationwide tour Shepherd put together in support of the award-winning 10 Days Out: Blues from the Backroads project.

The setlist features well-known staples from the Kenny Wayne Shepherd catalog alongside a batch of classic material chosen specially for these onstage collaborations. "The music we played with these special guests actually isn't even the music from the 10 Days Out project," Kenny says. "It's a good balance.”

The respective résumés of the guests on Live in Chicago read like a history book of blues and rock n' roll. Hubert Sumlin joined Howlin' Wolf's band in 1949 at the age of eighteen. Hailed as one of the greatest guitarists of all time by Rolling Stone, he's beloved by everyone from Jimmy Page to Carlos Santana. "He's influenced people like Clapton and Keith Richards," Kenny says.

Willie "Big Eyes" Smith, like Sumlin, played with Muddy Waters. He co-founded the Legendary Blues Band with Pinetop Perkins, Louis Meyers, Calvin Jones and Jerry Portnoy, racking up six Grammy Awards and memorably playing John Lee Hooker's backup band in "The Blues Brothers." "We also had two people I looked up to tremendously growing up and learning to play guitar," Kenny says. "Buddy Flett is from my hometown. He's one of the hottest guitar players from my area." And of course Bryan Lee, who gave Kenny Wayne Shepherd that big break early on.

"We had such a great time that I decided we should capture some of it," Kenny says. "I first intended on recording this just for my own private, personal benefit - just to have it for myself. It was just a real special experience for me. We recorded a couple of nights of the tour." Tommy Shannon, who with Layton formed the rhythm section in Stevie Ray Vaughan & Double Trouble, flew in for the Chicago gig, which cemented the evening as one for the record books. Kenny was extremely sick that night and worried that he may not even be able to perform. Thankfully, adrenaline took over as he stepped onstage. A breathtaking performance followed. With Kenny's strongest tunes from his best loved albums, his scorching band, that pedigree of guests and one of the most noteworthy performances in any genre in recent memory, Live in Chicago is truly something special. "Usually a live record is just live versions of all of your old stuff," Shepherd rightly points out. "This collection is a great, diverse combination for the fans."